Coach Plack is returning to Peters Township for his 5th season as Head Coach. Following the historic 2018 season in which the Indians won their first conference title in over 40 years and advanced to the WPIAL semi-finals, in 2019 Coach Plack with his coaching staff, led the PT Indians to a second consecutive conference title and the Indian’s first-ever WPIAL Championship game appearance.

Coach Plack appreciates every game that he has won or lost, as a player or coach, when his parents and/or children were in the stands. He loves spending time with his family, especially the summer months of camping and swimming with his children. Coach Plack is a Special Education and Math Teacher at Peters Township High School.

Coach Moe is returning for his 5th consecutive year of coaching at Peters Township. He had previously coached the PT Indians for a span of four years, so this year will be his 9th year with PT Football. Coach Moe has also coached at South Fayette High School, Penn Hills High School and Mt. Lebanon High School.

Coach Moe appreciates seeing the boys develop athletically and watching the boys mature into men. He is also proud to have coached some players who have found success in the NFL. When not coaching, Coach Moe enjoys riding his motorcycle and hunting. He is employed by the PA Department of Corrections.

When not coaching, you can find Coach Grunseth relaxing in his pool. He works in the Career Development department at the Pittsburgh Technical College.

Coach Mac is returning for his 6th season with Peters Township Football and his 23nd year of coaching. He was the DC with Mt. Lebanon HS 2012-2014, coached DL at North Allegheny HS 2005-2009, coached both OL and DL at Washington High School 2004, coached DL at California University of PA 2003 after starting his coaching career with Washington and Jefferson College in 2000. Mac was an Offensive Lineman for Lake Brantley HS in Altamonte Springs FL and a 4-year starter at West Virginia Wesleyan College. He also played in the Professional Indoor Football League with the Steel Valley Smash and Ohio Valley Greyhounds.

His greatest football moment as a player was winning the WVIAC Conference Championship in 1995 at West Virginia Wesleyan College. When not coaching football, Mac and his wife Shelley enjoy spending time with their four sons; laughing with them and watching the boys excel in their individual sports. Mac is in his 23rd year of teaching and currently teaches 10th grade World Cultures in the North Allegheny School District.

Coach Breisinger’s favorite football memory was scoring 4 touchdowns in a football game against Holidaysburg during his senior year of high school. He looks forward to making some great football coaching memories with PT football. Coach Breisinger currently works for Pleasant Hills Public Works and enjoys hanging with his family and friends.

Coach Burchett is returning for his 4th year of coaching at Peters Township. Coach Burchett brings a wealth of coaching experience to the Indians, having coached offensive lines at these high schools: Trinity, Bethel Park, Canon-McMillan, Chartiers Valley and Washington. He was a starter on the offensive line and a captain of his Trinity HS football team.

Coach Burchett loves working with the players and strives to have a positive impact on the future generations of leaders both on and off the field. When not coaching, Coach is teaching in the Derry Area School District.

Coach Farcas is returning to Peters township Football for his 2nd year of coaching and overall he has ten years of high school coaching experience, with one prior year at PT and stints with Carlynton and South Fayette. He has also coached girls high school basketball.

His football playing career included four years as a wide receiver for South Fayette and another four years at the same position for Clarion University. 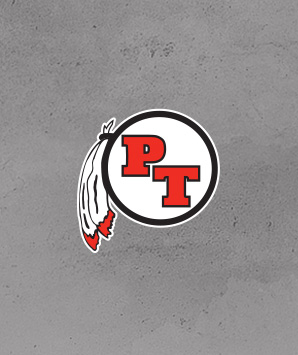 Coach Macri is returning for his 4th year at Peters Township High School. Coach Macri was a three-year starter at Mohawk High School from 1992-1994 and a senior captain. He was named to the All-MAC Conference team as a wide receiver both his junior and senior years. Additionally, Coach Macri was selected to play in the Western PA North South All-Star Game in 1994.

Coach Macri believes that we have a great group of Indians players and he feels honored to be able to coach them each day. When not coaching, Coach Macri loves spending time with his daughter and family. He works in the Admission department at the Pittsburgh Technical College.

Coach Mollis played both baseball and football at Charleroi High School. He continued his baseball career at Slippery Rock University and graduated in 2004. In addition to coaching football, Coach Mollis is the Head Baseball Coach at Charleroi HS from 2013 to present. When not coaching, he enjoys playing sports, hunting and being outdoors.

Coach Pfeuffer returns for his 2nd year as part of the PT Indians Coaching staff. He finished his football career, playing safety for John Carroll University. He has also been involved coaching football at the youth level for five years.

When he’s not busy coaching with Peters Township, he enjoys working out and spending time with close friends and family. He’s thrilled to help coach this group of PT Indians because he has known many of them since they were in grade school and he’s looking forward to seeing how much fun they will have together as a unit on the field.

This is Coach Vannatter’s 2nd year of coaching with Peters Township Football. He brings with him years of football playing experience, as well as youth football, basketball and wrestling coaching experience. Over the course of his playing career at Geneva High School in Ohio and Westminster College, playing Guard and Defensive Tackle positions, Vannatter was recognized multiple times as a 1st Team All-Academic, All-Conference and All-District Player, in addition to an All-Ohio Honorable Mention.

He enjoys spending time with his wife, Brittany, and their families – both in Pittsburgh and Ohio. When he’s not working at the UPMC Hillman Center in their Clinical Research Services area, he makes time for his other favorite past times, which include cooking, reading, golf and weightlifting. One of his standout favorite football memories was winning two high school conference championship titles in consecutive years. As for coaching this year at Peters Township, he looks forward to inspiring these young men each and every day to do their best on and off the field and to help them get better with every rep they take.

Coach Milchovich is entering his 22nd year of coaching high school football as he begins his first season as an assistant at Peters Township. Nick began coaching at California Area School District for seven years in various capacities serving as defensive coordinator for three years. In 2000, Coach Milchovich took over the California Area program as head coach, leading the Trojans to the WPIAL playoffs.

Coach Milchovich spent the 2001 season as offensive coordinator at Peters Township and then began coaching his alma mater, Charleroi Area High School. After serving as Charleroi’s offensive coordinator in 2002, Nick became head coach in 2003. During his four years as head coach, Nick led the Cougars to a conference championship and was named the Tri-County Athletic Directors Coach of the year and Black Hills Conference Coach of the year.

Nick was named the Head Coach at Peters Township in 2007. During his four-year tenure, Coach Milchovich led the football program’s transition from Class AAA to Class AAAA. In 2010 Nick led the Indians to their first-ever Quad A playoff appearance in school history. During the 2014 through 2017 seasons, Milchovich served as the Head Coach of the Ringgold Football Program. Coach Milchovich led the Rams to a 30-13 record with a record of 5-3 in the WPIAL semifinals and a WPIAL quarterfinal appearance in 2015.

Nick is a high school mathematics teacher for the Peters Township School District. He obtained his B.S. degree in secondary mathematics from California University of PA. Nick, his wife Christine, and their children, Alexandra and Nicholas, reside in Venetia.